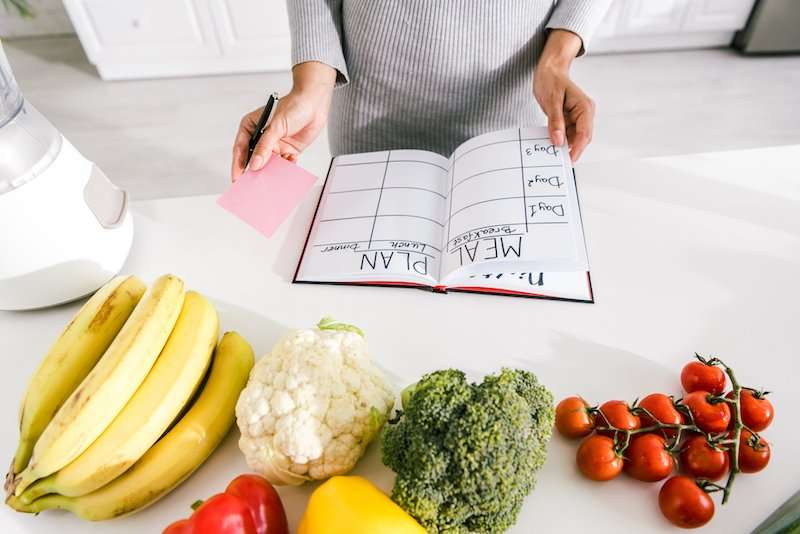 Welcome to Melita’s Table, pull a chair and get comfy. As far as meal planning, there are lots of options. Now you can find so many meal planners out there for you.

I know Engine 2 has some, Plant Pure Communities has some.  There’s a bunch, the Happy Herbivore has some…

There’s a lot of options, if you google, “whole food plant-based diet meal planner.” And those are great…they give you the recipes, and you can make some selections about your preferences or maybe your allergies and it’ll give you a whole week’s worth of recipes. They’ll even tell you how to prep, so they’ll say, “Okay, at the beginning of the week, you know, make this much rice or beans or whatever, and then, that way it makes your week go by much easier and faster, when you’re trying to get dinner together, after you’ve had a long day.

And to help with all of that preparation and figuring out where to go, on Melita’s website, if you go to the “More Goodness” section, we have a lot more resources, all that kind of implementation of how to really do a whole food plant based diet.

One of my favorite plant based books, or at least one, I’ve read recently,  is Dr. Neal Barnard’s Your Body in Balance. It just came out in the last few months and it’s great; because for me, it really addressed all the issues I was having that were hormonal in nature, of course I didn’t know at the time. But he lists off these studies that his team has conducted and others conducted, that show the symptoms that I was experiencing  were alleviated with diet.

There’s a lot of other resources out there, and one that I really like is: NutritionFacts.org. A doctor by the name of Michael Greger, M.D., started that foundation. It’s all a charitable organization and he just has this team of …they’re former doctors, they’re researchers and he boils that down into these digestible videos and blog post and they’re all specific to ailment, particular ailments and nutrition, so it’s a great site, I highly recommend it.